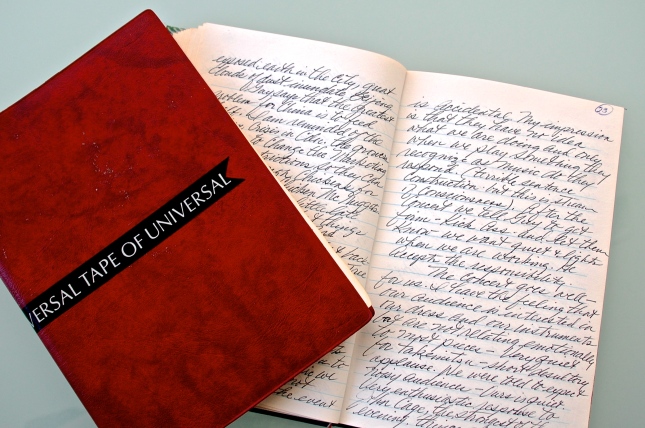 Commercials on television here in Shanghai, some with rock music! Guy told us that the government took a nationwide poll to determine the most popular singer in China. The winner was a girl from Taiwan who sings rock so the politicians changed the results in favor of China’s most popular girl singer who sings patriotic songs. The people know the real results. The propaganda in China is mostly in the form of slogans on billboards ” One baby” and “Work to keep production….”.  Kwan Chao says she hates the slogans. Many things are the same the world over.

A great respect is building in me for  the Chinese people. After all the pain they have been through they remain civil to foreigners and they’re  building everywhere and continuously to provide housing. There are horror stories, everyone has them, but the Chinese seem genuinely interested in themselves whereas the Russians seem more concerned about others. Canadians hope that people think about them. Americans don’t care.

In Beijing, the publicity did not mention Nexus. We wewre billed only as a “Canadian percussion ensemble”. We’ve seen an ad in Shanghaithat refers to Nexus. Official tours are cloistered. Guided trips – concerts. The Chinese say they want criticism. But we have no opportunity for one-on-one musical discourse. There is an American flute teacher in Beijing. We saw an ad for a concert by him and his students. If the Chinese are interested, thy could use some help. Their conception of Western percussion is strange and that is to be expected. It would be useful to me and them if we could have some sessions with their players while we are here.

This is our first trip and such arrangements could be negotiated on another trip. Such sessions would make me feel more useful. Something else which we just became aware of. When I was shopping for silk with Russell we met a girl who had been in China for two years. She graduated from Wesleyan a few years after Russell. She said that on official tour such as ours, the concert tickets are usually distributed to selected people well in advance of the concert. Few citizens have a chance of getting in. 150 tickets for concert were allocated to the Canadian Embassy.

I am watching the test pattern on TV. Beethoven’s Fifth Symphony is playing. Turned it on in the middle of the third movement.

Before our concert tonight we met with the local cultural leadership, conductors and performers in a small room off the main hall. The vice president of culture for Shanghai is a lovely woman – very heavy and short who looks to be in her mid-60s. A pianist who is going to Canada at the end of May is next to me – very dour.

Towards the end of “Raintree” someone near the back of the audience let out a huge yawn and breaks the audience up. They keep laughing almost to the end.  We finally learned why everyone laughs when we play Reich’s ” Music for Pieces of Wood”. The claves are instruments used by monks in meditation. The Chinese associate all music with images. Everything is programmatic. They cannot comprehend abstractions. Hence,” The Birds” is understandable and humorous. The rest of our program they just enjoy looking at our instruments.

The names of composers are indecipherable. John Cage does not translate except by sound. They love individual sounds – the Lions roar – ratchet– bamboo devilchasers – rattles, but they do not respond to the energy and flow of lines.

A frequent question asked of us is: What does this instrument represent?”  Overall, the concert is very warmly received. There are calls for encores but the leadership is already making its way on stage for group photos behind the back bouquet of flowers. The audience, unlike Beijing, stay standing and applauding while we gather four congratulations and pictures.  Much applause.

The curtain is lowered and we have some moments to talk with individuals. The pianist looks as if he’s been shit on and doesn’t stay very long. He’s into Mozart and Beethoven and just can’t stand being around. It must have been very hard for him. Everyone else is generally moved by the performance and the conductor of the Shanghai Symphony is beaming because our Chinese mallet tune is Cantonese and so is he. The vice president says we truly capture the spirit of the Chinese people and our performance of that piece. Many photos and we hang around in small groups conversing – a very successful evening.

At the bar, Guy tells us that  Andre Ouillet, Canadian Minister for labor is asked if he wants to see the pandas. He reluctantly agrees and the party arrives early in the morning when the pandas are still asleep. He complains about getting up early and traveling all this way and all the panda is doing is lying there. The Chinese send a man to probe the bear with a long stick the band grumbles, gets up, moves a few feet towards Quillet, and curls himself on the  ground to go back to sleep. Ouillet swears and throws his cigar at the bear. The Chinese are amazed. KWang Chao wants to defect. At the bar we plan strategy. kwang Chao has given Joanne self addressed envelopes so that she can remain in contact and be sent Canadian forms. Guy believes the Chinese may already suspect her intentions so things must go slowly. Bob Aitken, Jim Campbell et al. arrive in September and will pass on certain sponsorship documents to her. She told Jean that she would be willing to marry anyone in Nexus if that would help her. Stay tuned for the next installment in the continuing saga of Kwang Chao.

it is now one minute till midnight. Tomorrow night is our last concert in China.

Posted by robinengelman on January 23, 2015 in Unassigned