RSS
← War Games.
A Paean to Librarians and a Nod to General Gage. → 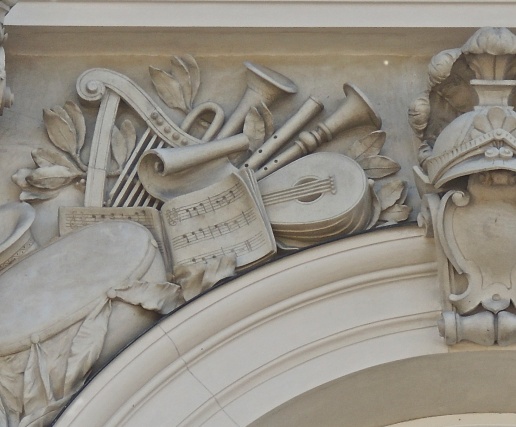 A holiday in Germany with friends. All the details were taken care of beforehand. We were to tour Germany -their Germany. One of the best vacations my wife Eleanor and I have ever enjoyed. Our friends Rainer and Marlis are  the easiest people with whom one could ever hope to travel. Like good golfing partners, good traveling companions are rare.

One place we visited was Lake Chiemsee in southern Bavaria, reputed to have been Hitler’s favorite. Evidently, it was also enjoyed by King Ludwig II, sometimes referred to as Mad King Ludwig. Ludwig was in some ways a Francophile. He admired French Kings and French architecture, particularly Versailles Palace. He decided to build a version of Versailles on an island in Lake Chiemsee. He called his project Herrenchiemsee. The only problem Ludwig had with finishing his ersatz Versailles was money. He had simply built too many castles before Herrenchiemsee, including his fantastic magnum opus and eternal post card for Bavarian tourism, Neuschwanstein.

The parts of Herrenchiemsee which were finished before the economic collapse halted work, are beautiful. Perhaps lavish would be a more accurate description. 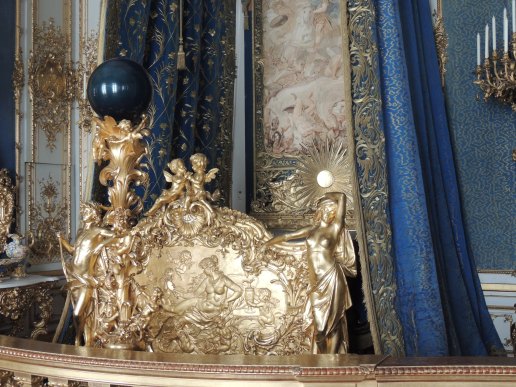 Ludwig’s bed. A candle inside the blue bowl was lit at bedtime to provide ambience.

After our tour Rainer, Marlis, my wife and I relaxed in the sun with coffee on the front porch. Front porch sounds rather commonplace, but I can’t think of another word. It was during this time I noticed the carvings above the palace windows. I took photos of the kettle drum and tambourine, but it wasn’t until I returned home and began editing my photographs, that I noticed the music. 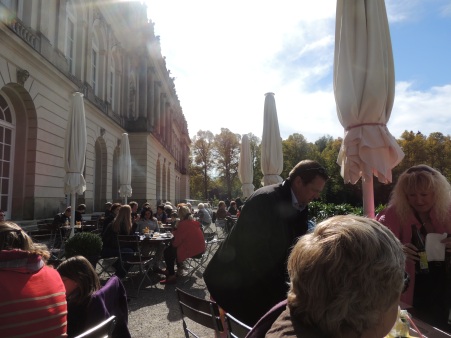 I knew God save the Queen, or King, was of British origin and according to Wikipedia a 1619 attribution is sometimes made to John Bull, or even earlier to Plainchant.  I wondered why this tune would appear in a frieze sculpted for a Bavarian King. My friend David Waterhouse came to my rescue, at least partially. According to Wikipedia, David wrote, “between 1871 and 1918 the tune was known as Heil dir im  Siegerkranz and considered the national anthem of the German Empire” though “never recognized by southern German states such as Bavaria and Württemberg.”  Well, Ludwig was Bavarian, so why would God save the Queen be replicated here? Queen Victoria was on the throne when construction on Herrenchemiesee was begun.

Fortunately my wife saves all the brochures from our trips and I had an e-mail address for Bavaria information. I e-mailed them with my question. For now, it’s in their ball park. 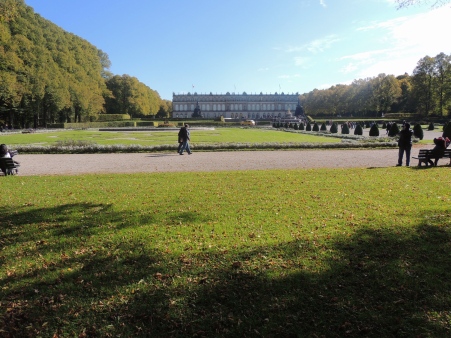 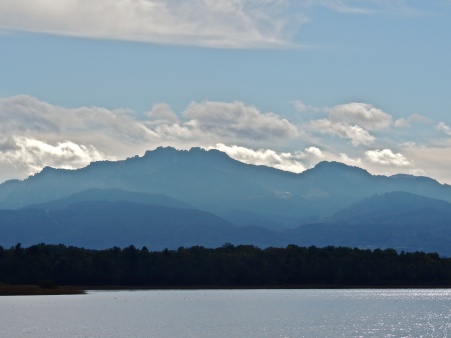 Lake Chiemsee and the Bavarian Alps from the deck of the boat to Herrenchiemsee.

Posted by robinengelman on September 27, 2013 in Commentaries & Critiques, History

← War Games.
A Paean to Librarians and a Nod to General Gage. →